We found the Lost City

We found the Lost City.
Just completed the Lost City trek on the Los Nevados National Park on Caribbean Coast of Colombia.
What an incredible journey. Apart from trekking to an ancient city built in the mountainous jungle of the Santa Marta region 1000 years before the Inca, this trek has so much more to offer.

The four Indian tribes: Kogui, Aruhaco, Wiwa, Kankuamo who all own the land and allow us access to the city and learn about there lives and culture add such a huge part to this trek. The leader of the Kogui tribe still lives within the Lost City, which just blew me away.

This area was once controlled by FARC, the Colombian paramilitary group who forced the locals to grow Coca plants and controlled all the labs in the jungle for the production of cocaine. Everyone living the area had only two choices, join the paramilitary group and fight or work in the production of cocaine. They had no choice, and in my view it was basically a form of slavery. At its height this area was the largest producer and exporter of cocaine in the world.
There was so much money in the villages which arrived on the backs of mules, they never bothered to count it. All this money may sound great, but living in such harsh conditions, not allowed to leave & visit family in other regions and being controlled by the Narcos and FARC made life a living hell.
Moving on all this has now ended, all the coca plantations have gone, so have FARC the labs, and the NARCOs.
Now the area see’s upto 100 people per day doing a 4 day trek to the Lost City. All of which brings on income to the area and everyone lives in peace.

Jorge our guide: “We may have less money now but we are happier live in peace and can see our families when we wish”.

So the Lost City Trek is not just about an accident City in the jungle, it supports local communities and allows them to live as they wish, Indian tribes to exist in peace and continue living in there traditional ways, and we can go on an amazing journey and learn along the way.

More people visit Machu Picchu in a day then the Lost City in 6 months. This is one journey and encounter with local tribes that I will remember for a long time. 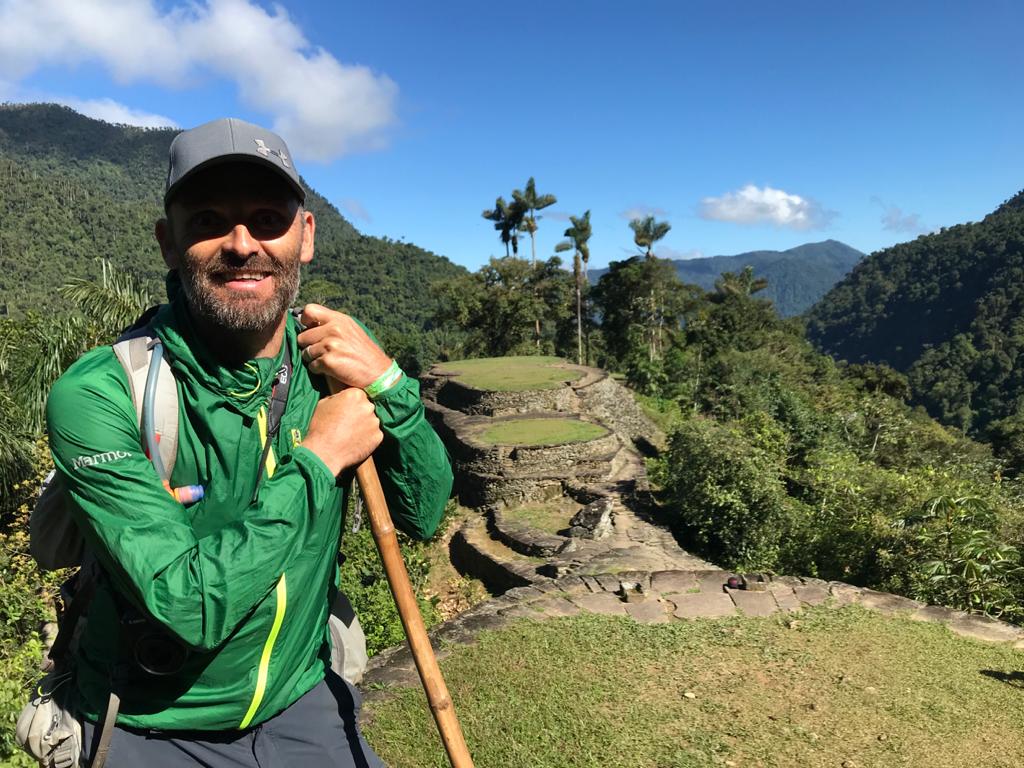 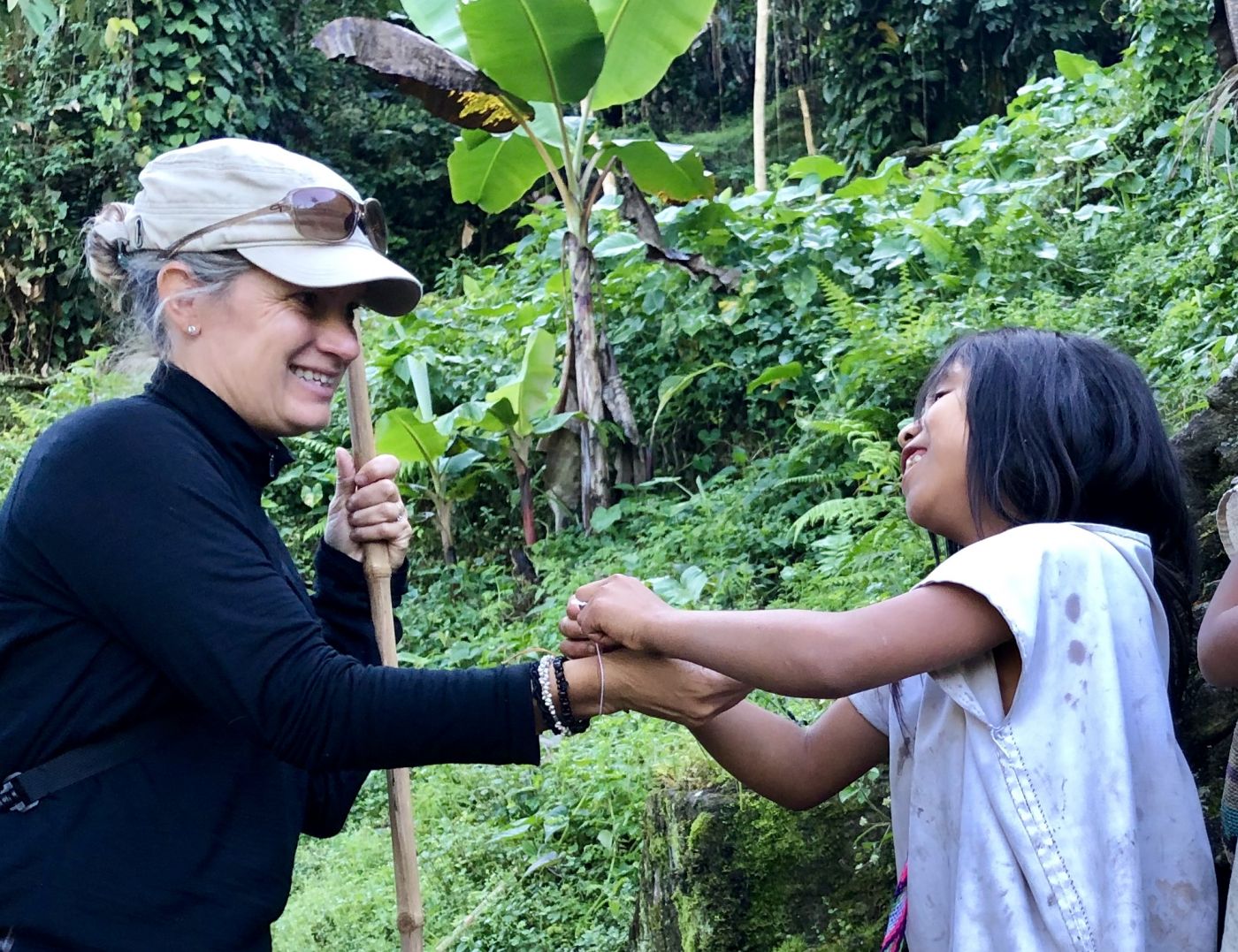 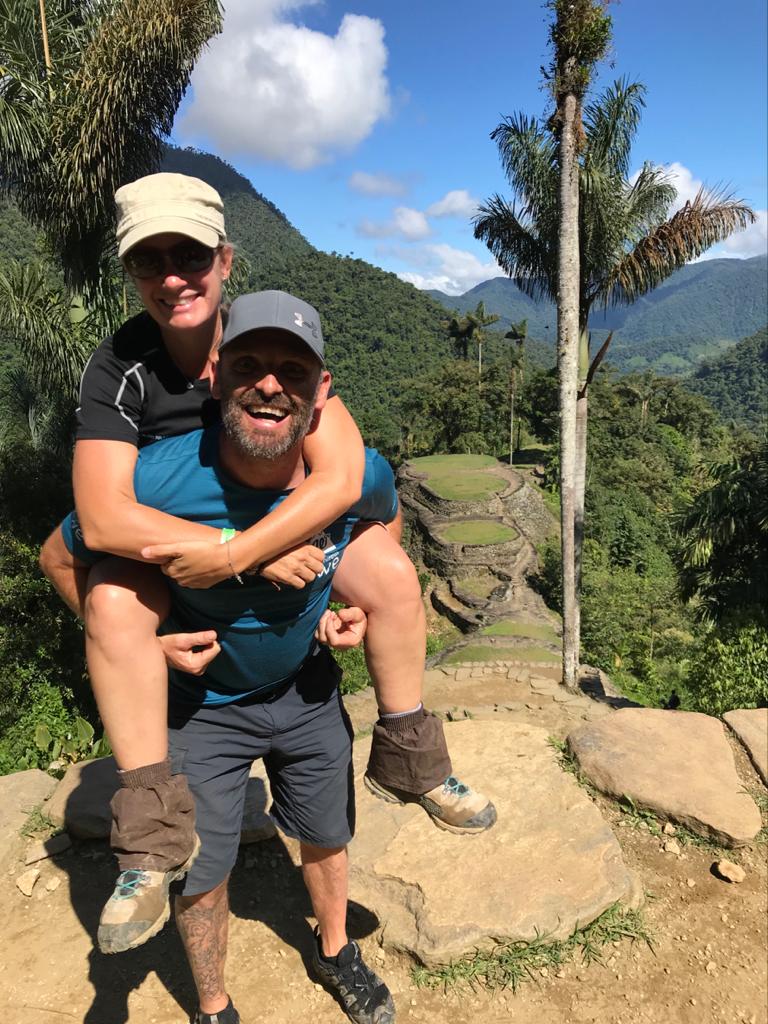 We are very excited to have teamed up with leading climate change charity Cool Earth, who share our mission to protect the planet’s precious environment in a sustainable manner. The future of rainforest protection is where everyone makes a difference to climate change!

We have also invested in Water-to-Go products so you, our valued flock, will be healthier whilst also helping to make the World a better place! Together we can dramatically reduce our consumption of single use plastics and support our responsible travel ethos of ‘Take nothing but photos, leave nothing but boot-prints, keep nothing but memories.’

As part of our commitment to helping the planet, members of the flock who join us for a big overseas expedition will receive an Adventurous Ewe Water-to-Go bottle. This is our way of saying thank-ewe and also making a difference to the consumption of single use plastics in developing countries.