We’re passionate about Cycling and there is no better way to soak up a country and meet new friends than by bike! It should also come as no surprise that Cycling is one of the most popular leisure activities out there which is why Adventurous Ewe offers some of the best cycling trips in Europe.

All our cycling trips are run along side charities which we work with which offers you the choice to raise money for charity or just come along and enjoy the ride.

If there’s one country that has every possible challenge for a great adventure it has to be Costa Rica. Complete this epic journey from the Pacific Coast to the Caribbean Sea under your own steam! Bike, hike, raft and kayak your way through virgin tropical rainforest, over the Continental Divide and down the incredible Pacuare River, wild swimming, star gazing and wildlife spotting as you go. 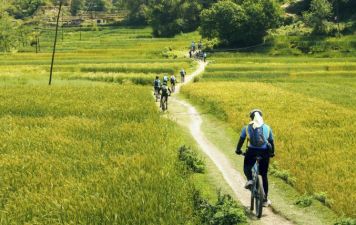 Exploring Sri Lanka on two wheels is the greatest way to see this rural country and to experience its friendly people. This ride covers a substantial part of the island from north to south taking in as much as possible of the scenic and cultural variety that Sri Lanka has to offer. 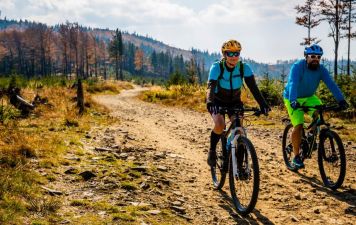 This incredible adventure pits you against the spectacular landscapes of the Lake District National Park by bike, kayak and on foot! Trek to the summit of one of the Lake District’s most iconic peaks, the Old Man of Coniston, before testing yourself on the off-road mountain bike trails of Grizedale forest, then kayak across iconic Coniston water. 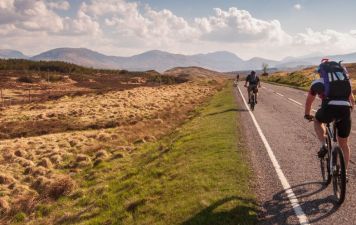 The Ben Nevis Challenge covers 100km on bike and canoe through the Great Glen in the Scottish Highlands, one of the most famous mountain landscapes in the world, before climbing Ben Nevis the highest mountain in the UK. The Ben Nevis challenge is designed to pull all of this together for you, the adventurer. 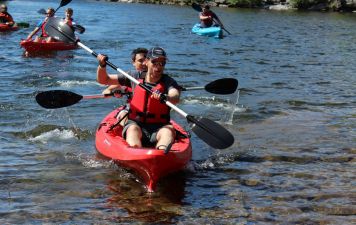 The Snowdon challenge involves a combination of cycling 19km around Snowdon, trekking 15km to the summit and finally canoeing 4km to the finish line.Snowdonia National Park is home to some of the most rugged and challenging mountains in Britain giving its reputation as one of the best natural adventure play grounds in the U.K 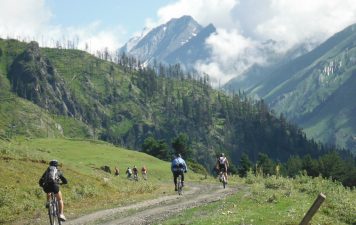 Georgia is a slice of beauty, sandwiched between Turkey and Russia. We bike and hike the abundant geographical diversity of this country steeped in history as we adventure from the heart of wine country, past monasteries that have stood for centuries, to the alpine meadows of the Greater Caucasus mountain range. 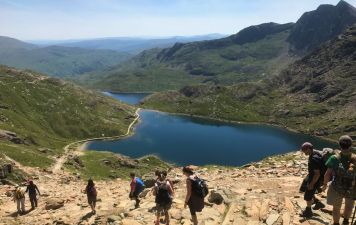 This classic Sea 2 Summit Challenge covers 40km on bike through the stunning Snowdonia National Park. Reaching the base of Snowdon, you’ll then lace up your hiking boots to summit the highest mountain in England and Wales. This is a fantastic challenge starting at the famous Conwy Castle on the coast and finishing at the summit of Snowdon 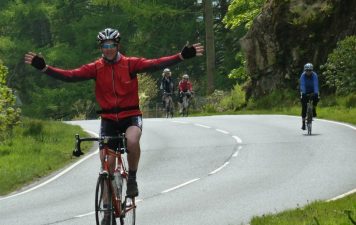 The ultimate Great British cycling challenge is the only way to describe our Lands End to John O’Groats epic ride. Just about every cyclist should make this journey at least once in their lifetime. This fully supported event allows you to soak up some of the best countryside that the British Isles have to offer. 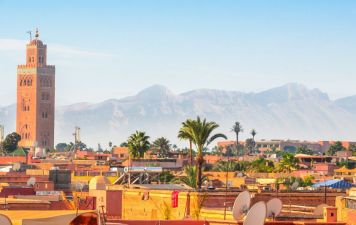 Atlas to the Atlantic

This new cycle route from the Moroccan High Atlas to the Atlantic Coast passing through the less visited parts of Morocco. Starting at the foot of Mt Toubkal North Africa’s highest mountain and finishing in the stunning Atlantic Coastal town of Essaouira, makes for a truly Moroccan experience not to be forgotten

Join us on the classic Great British ride covering some of Northern England’s most rugged and spectacular scenery. Dipping your wheels in the Irish Sea you will cross the the Lake District and the North Pennines, then following Hadrian’s Wall.The ride ends with you once again dipping your wheels into the North Sea. 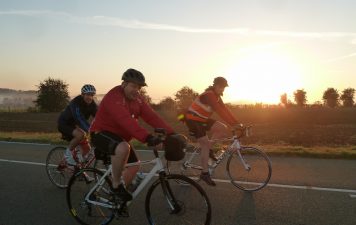 The 3 Countries Cycle Challenge is a fantastic ride, joining three of Europe’s most historic cities, while cycling through some of the most picturesque countryside in Europe, Our journey takes us from England through the Flemish Region of France and Belgium and Holland where nearly 85 percent of the population own at least one bicycle. This fully supported trip allows you to enjoy some of the best cycling in Europe. 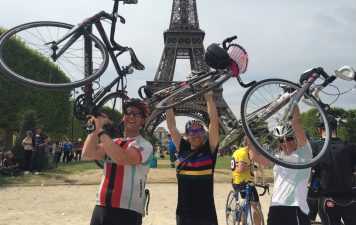 This classic ride covering 300 miles is a fantastic experience, joining two of Europe’s iconic cities. Leaving London we cycle through some of the most picturesque countryside of South East England, crossing the English Channel we continue through the villages and medieval market towns of Northern France, arriving in Paris our grand finale being the magnificent Eiffel Tower.